ALAKARA AND HOPE FOR AFRICA

Alakara is a Christian development and transformational organization committed to working with orphan children, families and communities to reduce poverty experienced currently in the community.

Alakara means being happy or joyous, we came with this name because we wanted to bring happiness to faces of orphans and vulnerable children who had lost their joy due to the hard live they experienced because of the loss of their parents that has subjected them to poor health, little food, lack of basic needs and diseases.

Our intention as Alakara is to have all children enjoy good health, be well academically grounded, and experience the everlasting love of Christ and their environs.

Two big challenges are affecting us a lot: famine and covid-19. But above the challenges, famine is turning out to cause deaths among families. Call on friends, Church organizations and well-wishers to contribute to save lives in my region.


no such a situation
of rain in the region


no such famine
in the region 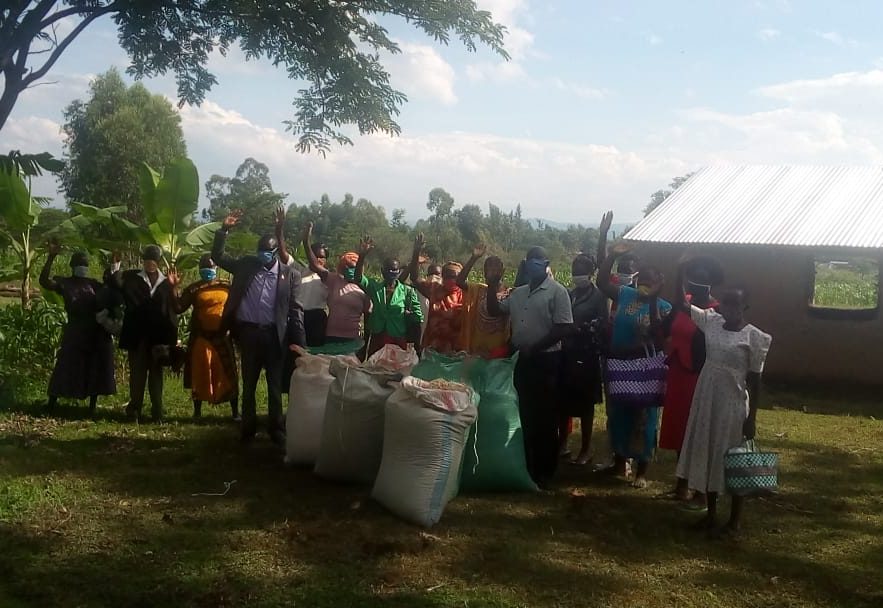 Aid During the Pandemic

Alakara and hope for Africa is a Christian based organization obliged to reach the poor, orphan and vulnerable children within the region. During this pandemic of covid-19, the situation turned from bad to worse, many people lost lives due to lack of enough food. Some families broke away until when well-wishers and donors from Germany came in to our rescue. Alakara organization was able to supply foodstuffs to the affected families, breaking families were restored and above all, giving out of relief food became a tool for evangelism in the region. Many people who benefited from the support were amazed, and many of them have given their lives to Christ.

We want to thank our friends, donors and supporters for Alakara for witnessing Christ through their charity support.
On behalf of the beneficiaries and entire region, we convey our sincere thanks to all who supported us during this difficult situation and may the Almighty God bless you all and hope to work with you again.

Alakara is a Christian development and transformational organization committed to working with orphan children, families and communities
to reduce poverty experienced currently in the community. 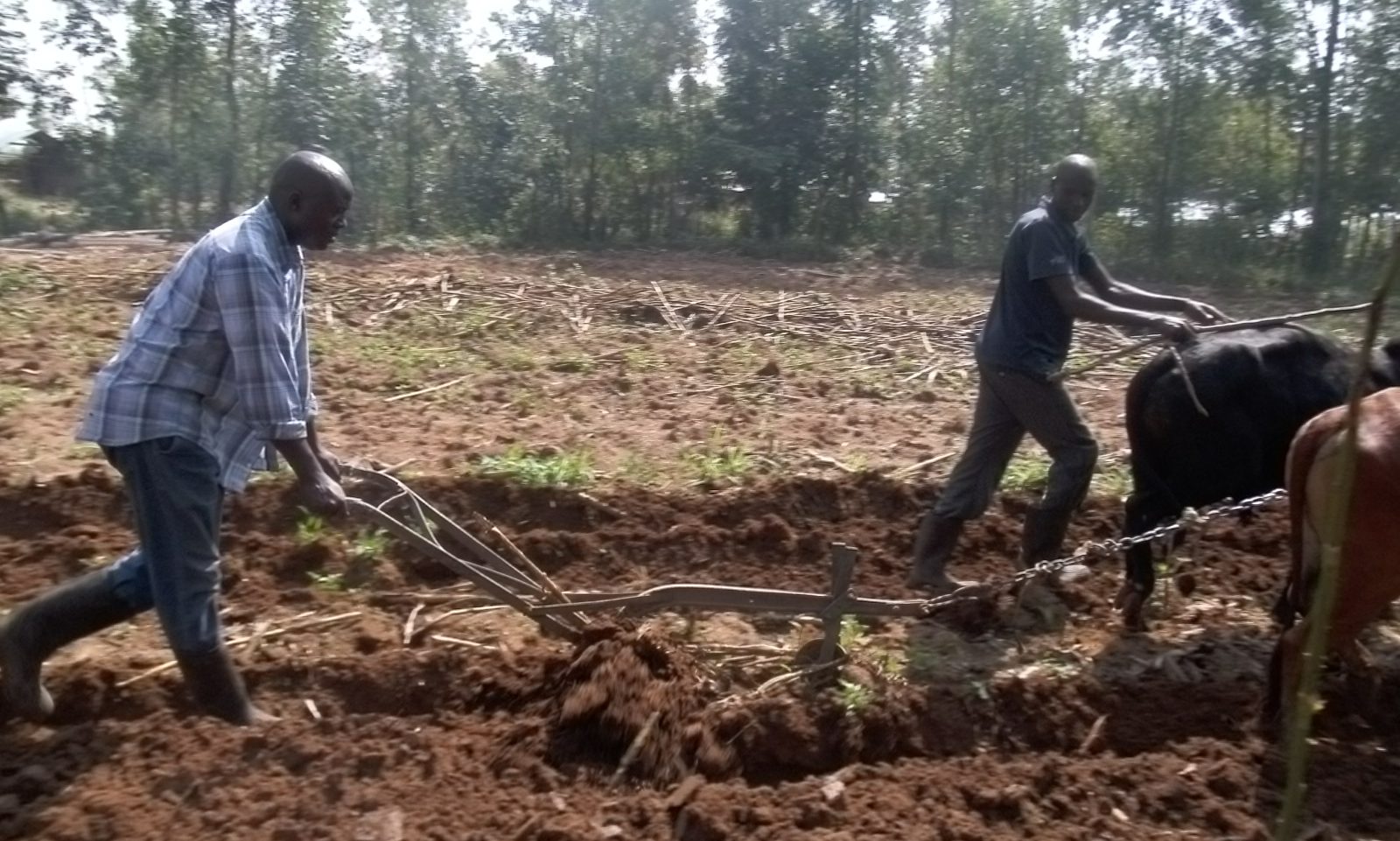 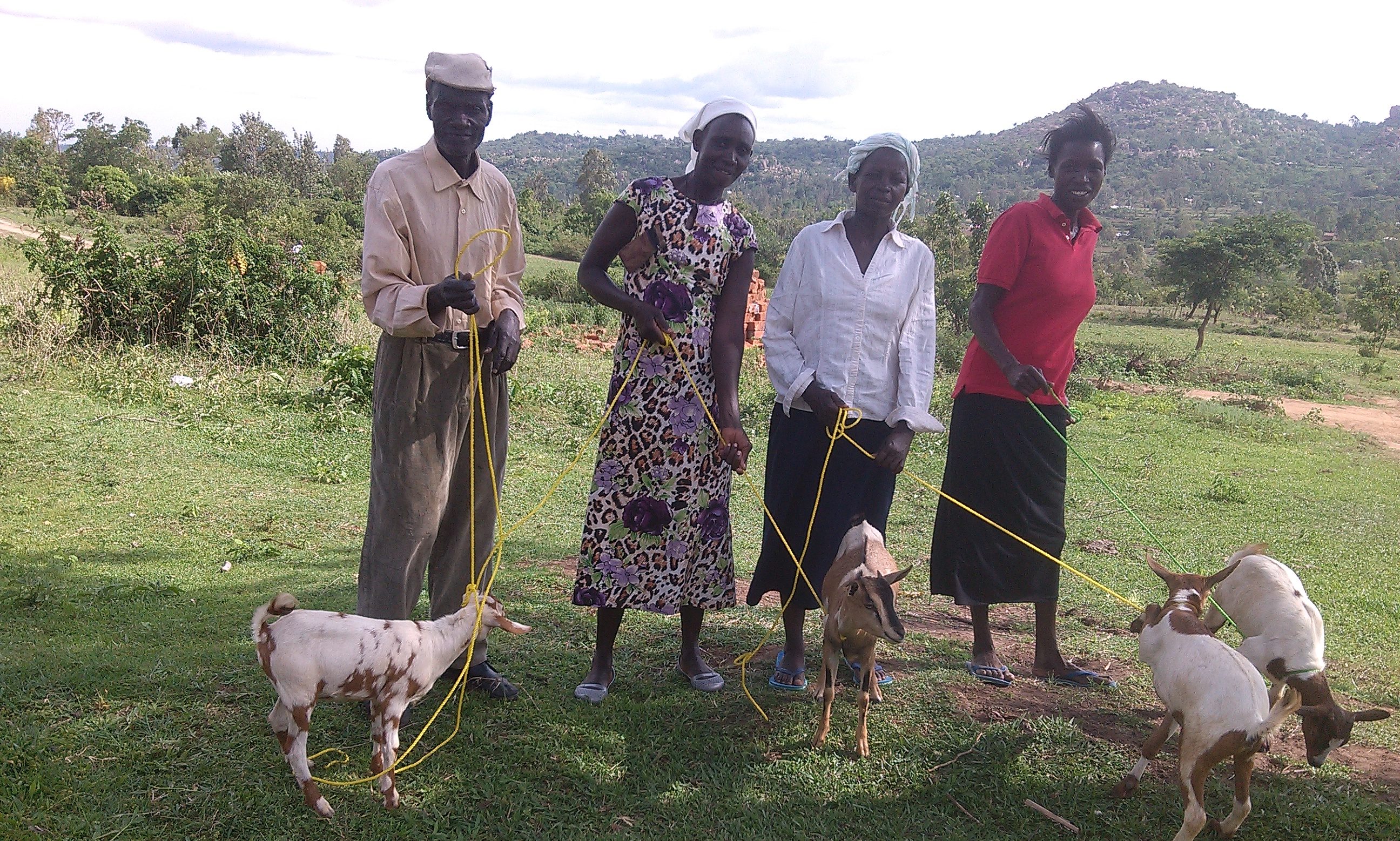 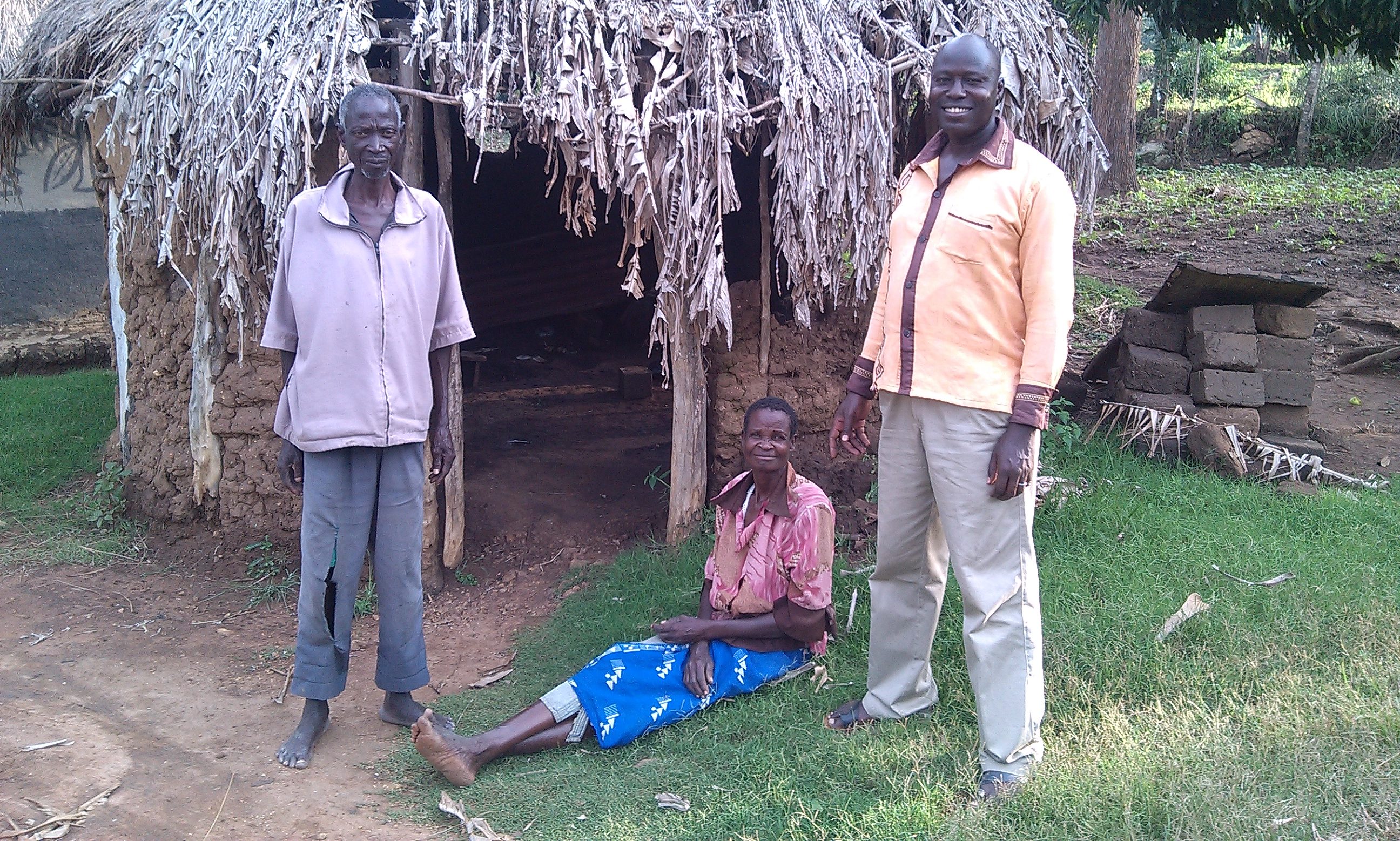 Alakara organization gave financial aid and one goat to two women which changed their lifes.
Here are their success stories … 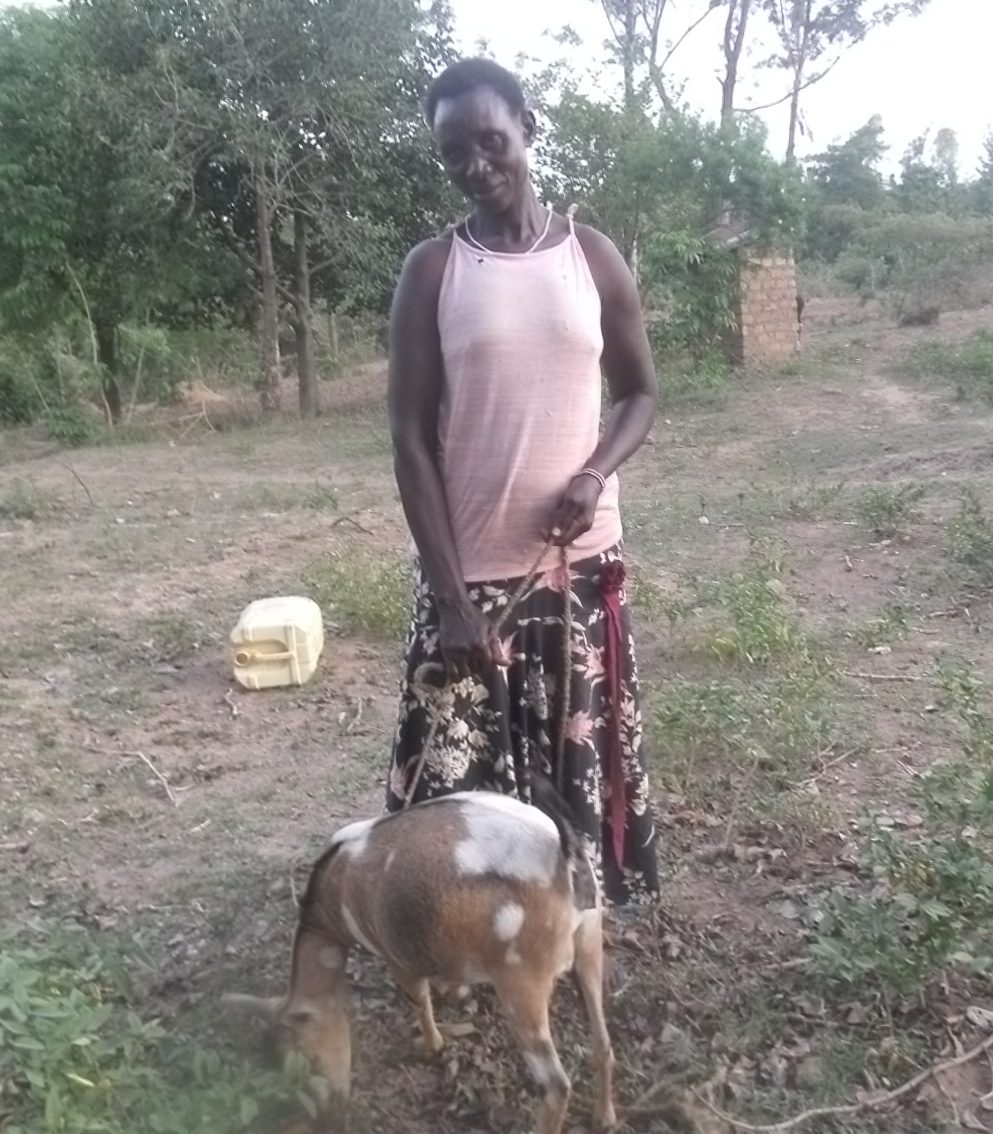 „I received a goat from Alakara which I kept for three years, the goat gave birth to twins, the twins grew up and I sold them so as to venture into farming, I started growing vegetables which I was selling to the nearby trading centre. I made good profit which I invested part to vegetable production again and with part of the money I was able to build a small house. I’m proud of Alakara for coming to my support.“

Willimina plans to expand her business in two years time, she feeds her children comfortably and she’s also helping another orphan child with her profits. 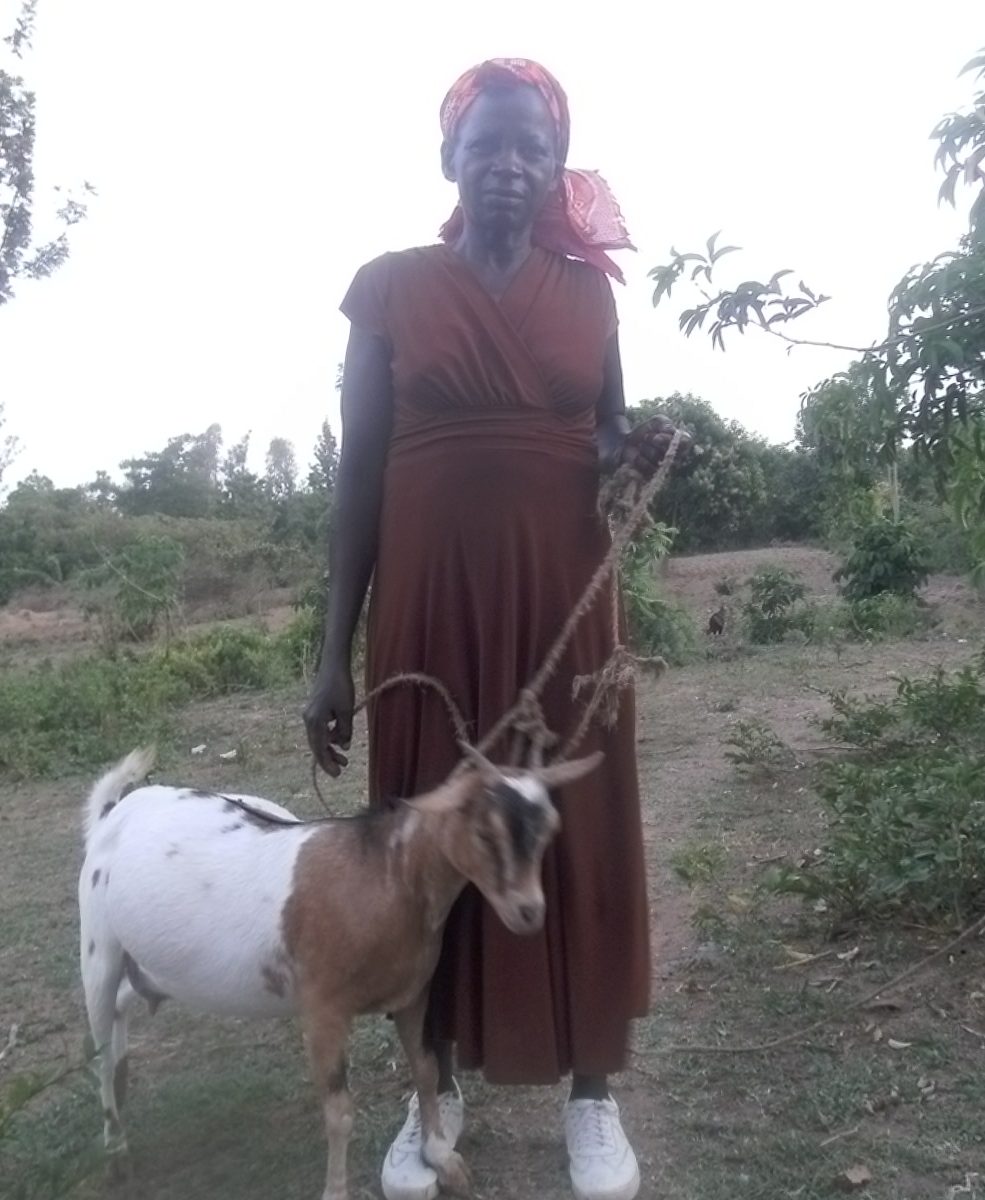 A widow who was dislocated from her home upon the death of her husband.

„I was introduced to Alakara by a friend, I talked to pastor Sammy and his wife who were too kind to me.

I received a goat which I reared for three years, I also got financial aid of 50 EUR, I decided to venture into beans farming, I sold all the beans and began a small shop in the village, many people are buying foodstuffs from my shop thus growing my business. I meet my needs, I help my children without any problems, next year I plan to buy my own piece of land, I thank God for Alakara and both Sammy and his wife for coming with this idea of Alakara.“

Be part of it! Supporting today will transform tomorrow.

We at Alakara strongly believe every child is entliled to explore its potential to reach their God-given talents, and Alakara strives to make that possible by creating safe, and enabling family environments where they can explore, grow and dream in all aspects of life.

Alakara strives to answer holistically and spiritual needs of orphan and vulnerable children within the catchment region, and nationally with the Love of God.

Alakara is on a mission to make sure every child within the region knows they are loved, that they matter, and that they have incredible potential to explore.

Our aspiration is that all children will live well, be educated to higher level,
be taken good care of, and all experience the love of God.

When we open the door to an education, we unlock the future for children. Education is the difference between failure and success. We at Alakara want to help support education of our children through connecting each child to a sponsor. Education has become a fundamental factor in each child’s life, to eradicate poverty in the region which is quite prevalent, we hope to sensitize the community on the importance of education.

If our goal truly is to see children from difficult backgrounds thrive, all the food and education in the world will still leave them wanting. The only way for these children to thrive is to introduce them to Jesus. He is the one who places dreams in their hearts. The One who holds their tomorrows in His hands. We love them because He first loved us.

We would like to connect each child to a sponsor or well wisher. Education gives all children and also orphan children the knowledge of the world around them and changes it into something beneficial in future.
Everyone needs oxygen to survive in the world, and we at Alakara belief that education is as important as this because education gives people the knowledge and skills they require in life.

If we can completely eliminate or decrease the conditions that lead to poverty, we believe we will see all communities flourishing. There are stigmas surrounding families that are uneducated, living in poverty, and unable to provide basic needs i.e. food, shelter, clothing and education. Often, this shame hold families back from asking for support, and the result is never positive.

Alakara thrives to bringing good nutrition to orphans and vulnerable children as an important part of leading a healthy lifestyle. Most families in the region survive on one light meal a day, and good nutrition can help reduce the risk of some diseases, and also reduce retarded growth as it is common in most children in the region.

Why we love working for Alakara. 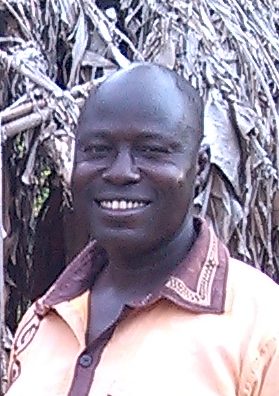 I love to work for Alakara because of the passion I have for the disadvantaged people in the community as a pastor. Christ was full of compassion and love, I’m always reminded to do the same. Working for orphans and vulnerable children has built and changed my attitude towards the poor, and its my prayer that my experience shall turn into a great blessing to these young children and that God will use me to bring the needed transformation in all aspects of life. 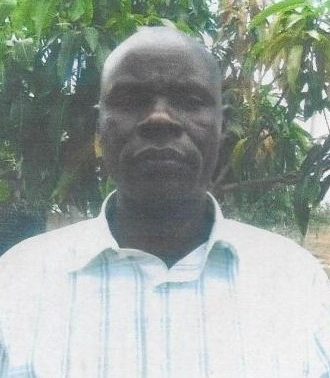 I work for Alakara because I get my inspiration from the book of James 1:27: „Religion that is pure and undefiled before God, the Father, is this, to visit the orphans and widows in their affliction, and to keep oneself unstrained from the world.“ 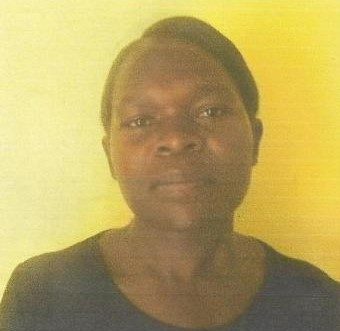 I’m a mother and more importantly a christian who have grown upholding virtues of integrity.
Working for Alakara is a favor from God, which I count as an obligation, the right religion is visiting the sick, helping the poor and orphans. I’m always overwhelmed and excited working for the poor, my heart has been enlarged to even share my little resources with the orphans. Working for Alakara and serving these disadvantaged people in the community is indeed serving God. My heart is always broken by the things that break the heart of God. 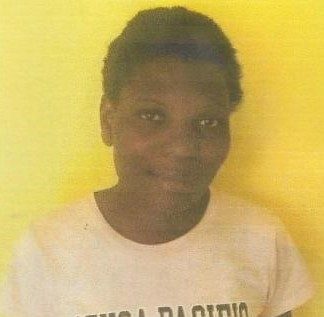 As a young growing girl, I have learnt that God has given equal opportunities for all the children. I have donated my time through voluntary service to see the betterment of these children may improve so that they can see their full potential in life. Working for Alakara has taught many lessons in life of loving, caring and showing compassion to all people. I know what life means. I will continue to remember an orphan, the aged as my responsibility to take care and help where necessary. As a young girl I encourage other young ladies to take the challenge upon themselves to support these children at Alakara.

Here is who we are.

We at Alakara acknowledge the worship of one true God: Father, Son and Holy Spirit. By the resurrected Christ the love, mercy and grace of God are made revealed to us and all mankind.

OUR COMMITMENT TO THE POOR

We at Alakara are called to serve the most neediest people of the community, to eliminate their suffering and to promote community transformations of their condition of life holistically.

Any economic support at our disposal is not our own. They are a noble trust from God through supporters and donors on behalf of the poor. We are committed to faithfulness to the purpose for which support is given and manage each resource in a manner that brings thorough benefit to the community and the poor.
We are ready to account for any resource; any amount of money counts immensely, as little as 5 €.

OUR COMMITMENT TO PARTNERSHIP

We are partners with the poor and with donors in a shared ministry. We affirm and promote unity in the Body of Christ and we seek to contribute to the holistic mission of the church.
We accept the rights of joint community participation, shared goals, interests and mutual accountability that true partnership ascribes. We are willing to welcome any considered honest opinions from others about Alakara. 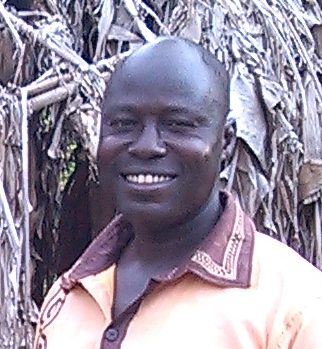